Conic System contributes to the construction of the first modern mechanised nursery in Syria. 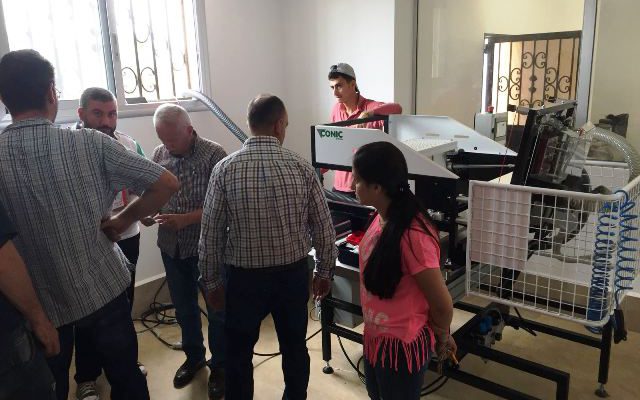 by Comunicació, News, Comments Off on Conic System contributes to the construction of the first modern mechanised nursery in Syria.

Syria takes the path of modernisation after the war incidents during recent years.

Conic System has supplied the first machines, the DECOP S seeder and the EMP300 grafting machine to the enterprise Andraos for Agriculture located in Aleppo, founded in the 80s by Marwan Andraos.  The Syrian company began its activity as an importer to later make fertilizers, agrochemicals, treatments and hormones within the field of horticulture, taking advantage of the region’s excellent climate on the shores of the Mediterranean, suitable for the cultivation of vegetables.

The war forced the company to move to Tartús and it is here where the nursery of 1,000 m2 is being built under a greenhouse of local construction.

Andraos for Agriculture specialises in the plantation of tomatoes, aubergines, courgettes, peppers, cucumbers, melons and watermelons, and at the moment they will not produce lettuce or endive. The company is formed by a young team of agricultural engineers, led by Marwan Andraos, who expand their knowledge day by day.

They have an extensive distribution network throughout Syria with more than 60 stores that are in permanent contact with local horticulturists. The possibility of these farmers

to expand their activity with the creation of nurseries, Andraos for Agriculture will offer the service of planting and grafting, advice and also marketing of Conic System machines. 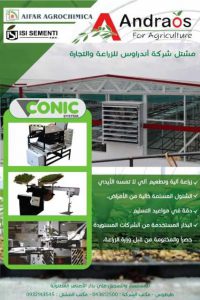 Conic System begins its export in Syria through Andraos for Agriculture that will be in charge of distributing the machines of the company of Barcelona. 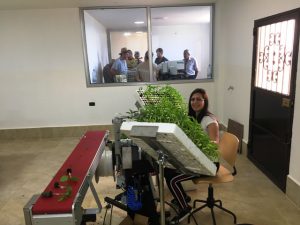 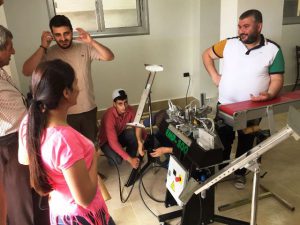